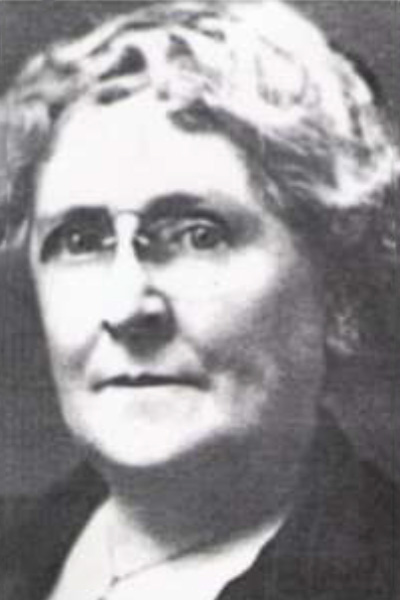 In the year 2000, as a Millennium Project, the diocesan executive initiated the Woman of the Year Award. This award is named to honour Frances Lovering, a member of the first executive of Catholic Women's League of Canada, and our first diocesan president.

Nomination forms can be found on this website and are distributed each year at the spring regional meetings.  Completed forms should be submitted to the Diocesan Organization Chair by April 1. A review committee will review each nomination and select a recipient.

The nominee is to be a member who demonstrates the mission of the League in her service to the League, her parish, and the community. Local council executives are invited to consider nominating one member for this special distinction.

There are many reasons for choosing a nominee. Executives may wish to honour a member who has worked tirelessly on a special task or project or someone who has been an example of faith and service to other members. Diocesan executive members are not eligible for this award while they are in office.

All nominees are acknowledged for their nomination at the closing banquet at our annual convention, and presented with a Certificate of Nomination.

The award recipient is presented with a personal award plaque and another commemorative plaque listing all previous award recipients to be kept in her parish for the next year. 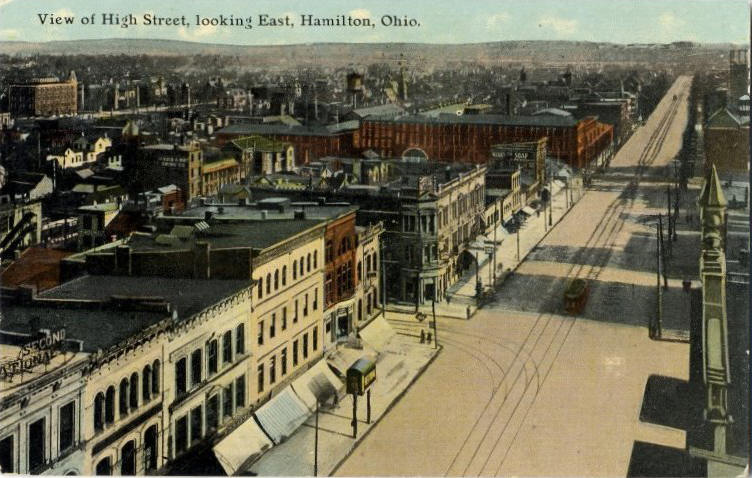 Much of this information has been taken from the Hamilton Herald, March 27, 1926.

Mrs. W.H. Lovering — was convalescing; had a relapse.
Greatly honoured; widely known for Catholic efforts; laboured in many fields.

Mrs. W.H. Lovering, one of the greatest Catholic women in Canada, in this generation, and known throughout this Continent for her work in all matters pertaining to humane and social welfare efforts, died shortly after midnight at her home 79 Markland Street, Hamilton.

She was born in New York City, her maiden name being Frances Mahoney. Surviving her is her husband, W.H. Lovering and one brother C.L. Mahoney, a prominent attorney.

Mrs. Lovering was taken ill on her way home from Chicago in February, where she attended the Conference of Big Brothers and Sisters, and has been ill ever since. She was convalescing and last week was well enough to take a short drive. She suffered a relapse on Sunday and sank rapidly.

Mrs. Lovering, along with Miss Florence Barker organized the Catholic Women's Guild, in this city, in 1917, and was First Treasurer serving a second term, for a total of four years. She also held for two years the position of National President of the Catholic Women's League of Canada, a post in which all her rare executive gifts, and fine capacity for organization, came into full play. She has played a conspicuous part in the moulding of this Catholic women's organization, and at the 5th Annual Convention held last June, in this City, she received accolades from every part of Canada, for the magnificent service she rendered, in her capacity as President.

It was at this Convention, Mrs. Lovering received one of the highest honours, ever granted, to a Catholic woman, — the Medal Pro Ecclesia et Pontifice, bestowed on her by Pope Pius XI and presented to her on his behalf by the Apostolic Delegate -- His Excellency Pietra de Maria of Ottawa, at the first session of the Convention. This medal is a permanent decoration of the Vatican and awarded by His Holiness, to those who have well served the Church and its Head. This honour was to be soon followed by another mark of special honour, from His Holiness, in January of this year. Mrs. Lovering was notified that the Pope had chosen her for the honour of receiving the Mesaglia Benemerenti. This greatly prized decoration was first given by Pope Gregory, earth in the nineteenth century and is conferred by the reigning Pontiff on those who have rendered conspicuous service to the Catholic Faith. Speaking editorially of this, the Catholic Register, which is the official organ of the Catholic Extension Society of Canada said, "with this decoration Mrs. Lovering is unusually decorated as one the outstanding women in America. She is the only Canadian woman to receive this honour. For her services, during the war, with the Secoure Nationale, Mrs. Lovering received the Medal of Honor and Reconnaissance Francaise from the French Government. It was during her Presidency, of the Catholic Women's Guild of Hamilton, that the Guild was merged with the Catholic Women's League and while holding office, that Mrs. Lovering was also elected Diocesan President of the Catholic Women's League.

In 1923 she was elected in Halifax, to the presidency of the National Catholic Women's League of Canada, and held that office for two years, until her automatic retirement at the Convention held here last June. At this Convention Mrs. Lovering gave an eloquent valedictory, which will long be remembered by those who were privileged to hear the words of inspiration by this noble and high-minded woman. There serve as an indication of the whole purpose of her life, which was devoted, not only to the glory of her faith, but to every worthy cause, which might benefit and comfort humanity. The following works of Mrs. Lovering, will perhaps, be remembered by many — "More women of character are needed -- women capable of meeting their non-catholic sisters on a common ground — to work together for God's charity". She also remarked, "in the last analysis, women's place, is wherever she many, by the development of her own natural talents, make the world better for her short sojourn in it."

Mrs. Lovering was known throughout Canada and the United States, for her social betterment activities. She has been National President, Diocesan President and local President of the Catholic Women's League. During and after the war, she was President of the Secoure Nationale of Hamilton, an organization, which under her leadership, took a leading part in supplying, the soldiers in France with necessities and comforts to the value of $500,000. She was a member of the Canadian Council of Child Welfare and was Vice President of the Catholic Trust Society of Canada. Her activities also reached the Travellers' Aid Committee of Ontario, and she was a Director of the Central Bureau of Social Agencies. Other societies, to which, this truly remarkable and energetic woman was a member, were the Ladies Board of the Children's Aid Society, the Big Sisters' Association, the Duet Club, the Alliance Francaise and the Comite France, Canada.

It is generally felt that the loss of Mrs. Lovering, is irreparable, in the ranks of Catholic women of Canada. As National President of the C.W.L., she threw herself, heart and soul, into the gigantic task of directing that organization and she spared herself nothing in her devotion to duty. her brilliant executive ability, and organizing powers, were reflected in the progress of the League, under her Presidency. What she did for the organization, as its National head, is written indelibly in its annals. To the Canadian Council of Child Welfare, the Travellers' Aid Committee of Ontario, the Big Sisters' Association, and in all other noble causes, to which se gave her time and great gifts, unsparingly, her loss cannot be measure in mere words. It is the common feeling, that in Mrs. Lovering, there has passed a women of whom, it might be said, that she spare no effort in her service to humanity, that she exemplified the ideals of Christian faith in a consistently tolerant, self sacrificing life. Bishop McNally, when informed, of Mrs. Lovering's death, this morning, said, "I fell that I express the general sentiment of the City, when I say that Mrs. Lovering's death, removes one of the outstanding Canadian Social Workers. Her death is both a loss to the community and the church as she worked untiringly and heroically for both. I feel her death, also, as a personal loss, for she and her husband showed me every possible kindness, since coming to this city.

"The whole keynote of Mrs. Lovering's life, was service to others," said Miss Lahey, local President of the Catholic Women's League, this morning. She possessed splendid intellectual posers, and these, combined with her executive ability, carried her to the highest position within the gift of Catholic Women's League of Canada. As National President, she was know from coast to coast, as one who donated her great gifts to the welfare of others. Her death will be a dominion-wide loss, for she was truly the C.W.L. itself, because of the spirit and impetus, she gave, public welfare work. She has bequeathed a lasting monument to the women of Canada to follow her ideas. Her life was an interpretation of the model of the C.W.L. for God and Canada."

The funeral will take place on Monday morning, at nine o'clock, from her residence, to St. Mary's Cathedral, where solemn requiem mass will be celebrated. Internment will be made in Holy Sepulchre Cemetery.

See Past Recipients
Scroll to Top